Mr. Kim reportedly began his professional career as a prosecutor at the Los Angeles County District Attorney's Office, after which he joined the United States Foreign Service with the U.S. State Department. His other foreign service assignments include serving as the U.S. Special Envoy for the Six Party Talks (2008-2011) and the U.S. Special Representative for North Korea Policy (2014-2016).

NOTE: Ambassadors of the United States reportedly serve "at the pleasure of the President," and hence can be dismissed at any time. It is noted that Mr. Kim remains as the U.S. Ambassador to the Philippines even following the 2016 U.S. Presidential Election and the new administration. 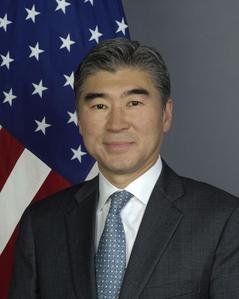