​Young-Woo Kang (b. January 1944 - February 2012) - an educator, author, and a disability rights advocate, Professor Kang developed the braille alphabet for the Korean language. Dr. Kang, who reportedly lost his eyesight in a sporting accident at the age of 14, ultimately was the first blind person to be admitted to the prestigious Yonsei University in Seoul, as well as becoming the first blind Korean to earn both a Master's degree and a Ph.D. (University of Pittsburgh).

Among many of his accomplishments, Professor Kang served as the dean of South Korea's Taegu University, Vice Chair of the World Committee on Disability, and as policy advisor on the National Council on Disability (NCD) when he was nominated to the NCD by President George W. Bush in 2002. 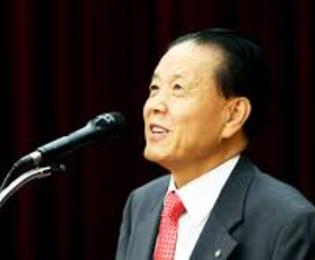