​Young-Hoe Koo (구영회​; b. August 1994) - newly signed in 2019 as a placekicker for the Atlanta Falcons, Koo is the third Korean-American NFL player. Koo was previously with the Los Angeles Chargers in 2017 for a brief period as an undrafted free agent after a stellar college career at Georgia Southern (Sun Belt Conference All-Conference Honors in his senior year). In his first game upon returning to the NFL, Koo had a perfect performance (going 4-for-4 in field goals), making him the NFC Special Team Player of the Week. 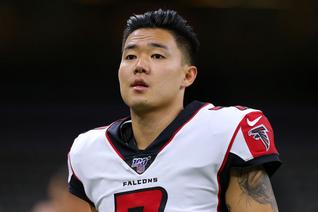