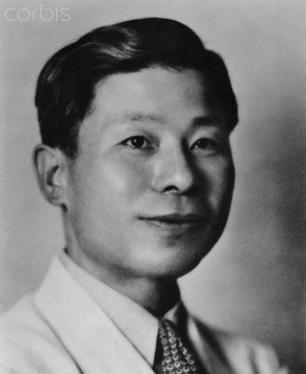 Young-Hill Kang (강용흘; b. June 1898 - d. December 1972) - known as "the Father of Korean-American literature," he is the author of The Grass Roof (1931; the first Korean-American novel) and its sequel, East Goes West: The Making of an Oriental Yankee (1937). ​After fleeing the Japanese-occupied Korea in 1921, he immigrated to Canada and then ultimately to the United States, where he studied at Boston University and received a graduate degree at Harvard University.

He reportedly also served as an editor for Encyclopædia Britannica, taught at New York University, translated Korean literature into English, curated at the Metropolitan Museum of Art, and reviewed books for the New York Times. He further served as an Asian expert for the United States military.