Youn Yuh-Jung (윤여정​; b. June 1947) - for her internationally-acclaimed role in the 2020 movie Minari (which depicts the story of a Korean-American immigrant family), Youn received the 2021 Academy Award for Best Supporting Actress, making her the only Korean or Korean-American actor/actress to win the Oscar. She also became the first Korean actor/actress to also win the Screen Actors Guild Award and the British Academy Film Award, both in the supporting actress category, also for her role in Minari. It is noted that Youn has had an extensive television and film career in South Korea which began in 1967. 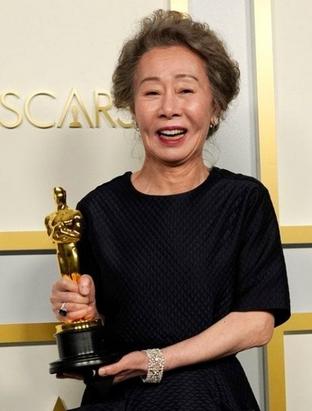