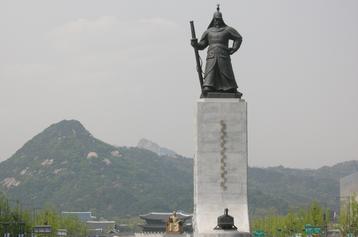 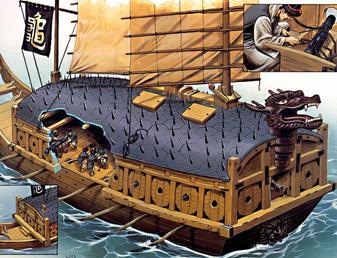 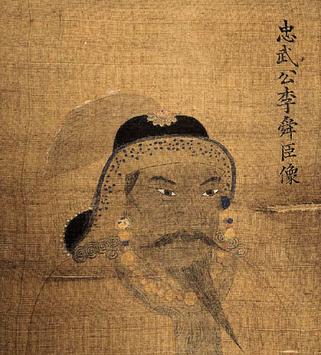 Statue of Admiral Yi in Seoul

​Yi Soon-Shin (이순신; b. April 1545 - d. December 1598) - the greatest Korean admiral/naval commander in Korean history, recognized as such for his famous victories against the Japanese navy during the Joseon/Chosun dynasty, is widely regarded as one of the greatest national heroes.

His most remarkable victory is reportedly from the Battle of Myeongnyang (명량대첩) off the southwest coast of South Korea, in which he was vastly outnumbered (Admiral Yi's 13 ships against the Japanese 333 ships, as reported in Wikipedia). In fact, the story of this victory was captured in a movie even as recently as 2014 in The Admiral: Roaring Currents (the Korean title was simply Myeongnyang (명량), which is available in DVD with English subtitles), which ranks as the highest grossing Korean/domestic movie in Korean cinematic history.

His fame as a great naval commander has been recognized throughout world history by both Western and Eastern/Japanese admirals and naval historians, whereby Admiral Yi has been referred to as the Lord Horatio Nelson (of the English Royal Navy) of the East.

Admiral Yi is also credited with designing the famed Korean warships called turtle ships, Geobukseon (거북선), which were extremely successful against the Japanese navy. Among its key unique features was the covered decks with iron spikes that prevented enemies from boarding them.