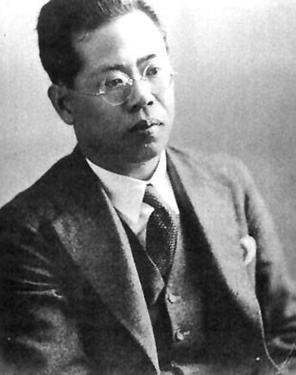 ​Woo Jang-Choon (우장춘; b. April 1898 – August 1959) - a prominent agricultural scientist and botanist, Dr. Woo is credited with various agricultural successes in Korea, including the development of the highest quality, germ-resistant seeds to improve crop production at a time (1950s) when there was an urgent need to increase agricultural production to feed South Korea's impoverished population.

Born of a Korean father and a Japanese mother, he reportedly grew up and was educated in Japan (received his PhD at Tokyo Imperial University) and served in Japan's Ministry of Agriculture during Japan's colonization of Korea. It is reported that he was responsible for world-recognized research projects in his field during this time period. In 1945, with Japan's surrender in WWII, and Korea gaining its independence, Dr. Woo resigned from his positions in Japan and attempted to return to Korea. His journey back to Korea, however, took him five years due to various political obstacles following WWII. He finally did succeed in returning to Korea in 1950, and he contributed greatly to Korea's development until his death in 1959.

​There is a museum in his honor in the city of Busan/Pusan, South Korea's second largest city.