​Kim V. Narry (김빛내리; b. 1969) - a world-renowned biochemist and microbiologist focusing on microRNA biogenesis and pioneering research to improve RNA interference technologies, Dr. Kim (Ph.D.) has served as the founding director of the Center for RNA Research at the ROK's Institute of Basic Science (since 2012), as Distinguished Professor of Biological Sciences at Seoul National University (since 2017), and as the principal investigator of her eponymous Narry Kim Lab (for RNA Biology).

​Dr. Kim's many major contributions in RNA research include developing novel technologies to remove and regulate specific microRNAs towards new discovery of cures for cancer and other illnesses. She is also currently working to unearth the cure to SARS-CoV-2 (COVID-19) by researching its RNA pathways.

It has been reported that Dr. Kim had already published twenty-two research papers in prestigious scientific publications such as Science and Nature by the age of 35, holds four patents based on her innovative research, and received numerous awards and recognitions, including the L'Oreal-UNESCO Award for Women in Science (2008), the Ho-Am Prize in Medicine (2009), and the Asan Award in Medicine (2019). 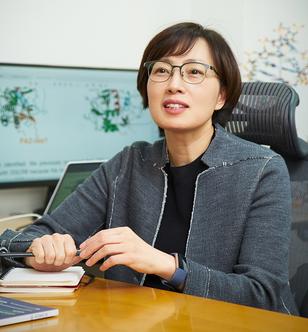