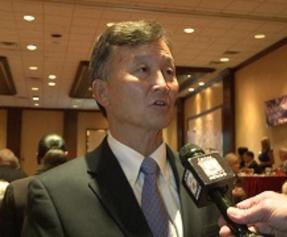 ​Tom Kim (김유근) - since 1993, Dr. Tom Kim has operated the Free Medical Clinic of America in Knoxville, Tennessee, which is a non-profit, Christian mission which provides free healthcare services for the working class poor of his community who lack medical insurance. ​

​For his efforts, Dr. Kim has been awarded the Order of Civil Merit of South Korea, the Anderson County (Tennessee) Hero Award, along with receiving various other awards and recognition. In 2013, to commemorate the 20th year of his clinic, he was also recognized on the floor of the U.S. Congress by his local congressman, who pointed to how Dr. Kim's efforts have now resulted in additional clinics in four other counties in Tennessee after initially starting out with only one clinic next to his private practice.​