​Thai Lee (b. 1958) - as the co-founder, President, and CEO of SHI International, a global provider of information technology products and services (computer software, hardware, data center optimization, cloud computing, etc.), Ms. Lee heads the largest woman-owned and minority-owned business in the United States (in excess of $6 billion in annual revenue). As such, she was also listed in the Forbes' 2016 America's Richest Self-Made Women list (ranked number 15).

​As a daughter of a prominent Korean economist, who reportedly traveled worldwide to promote South Korea's postwar development plan, Ms. Lee was born in Bangkok, Thailand. She then traveled to the U.S. for her education - graduating from Amherst College, and then later earning her MBA Degree from Harvard Business School.

​Over the years, she has also served as a trustee of Amherst College, and she was also Harvard Business School's Alumni Achievement Award Recipient in 2013. 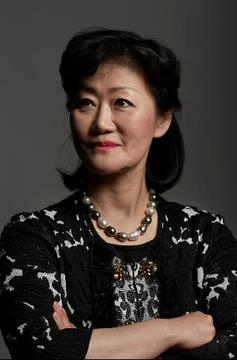