​Rhee Syng-Man (이승만; b. April 1875 – d. July 1965) - one of only two Korean figures to typically be referenced in American history textbooks (along with North Korea’s Communist Party founder and leader, Kim IL-Sung) as the two opposing Korean leaders at the time of the Korean War, Rhee was the first president of the Provisional Government of the Republic of Korea (see our subchapter on Colonization of Korea by Japan) and the first president of South Korea/Republic of Korea, when it was officially established on August 15, 1948 following the recognition of Korea’s independence by the United Nations in November 1947.

Rhee was “elected” as the president of South Korea on four occasions (1948, 1952, 1956 and 1960). However, he is widely written about as an autocrat who fought to acquire and maintain tight control/power over the presidency/leadership of South Korea by suppressing freedoms and anyone opposing his office/power, including his chief rival from the 1948 election, Kim Gu (see our subchapter on Kim Gu from the Modern Historical Figures chapter).  Soon after this 1960 election victory, he officially resigned as the president in light of massive student demonstrations in Korea over allegations of election fraud and the violence that followed due to the government/police response to these protests.  Upon his resignation, he then secretly fled to the U.S. (Hawaii).

He is also recognized as being active in the Korean Independence Movement before and during Japan’s control over Korea. Rhee's American education (including a master’s degree from Harvard University and Ph.D degree from Princeton University) equipped him to reportedly meet and/or address U.S. Presidents Theodore Roosevelt and Woodrow Wilson to plead the case for Korea’s independence from Japan; however, his efforts were unsuccessful. His background and history made him a familiar figure to the U.S. government once WWII ended and Japan surrendered, which also allowed for the U.S. to initially accept Rhee as the first president of South Korea. 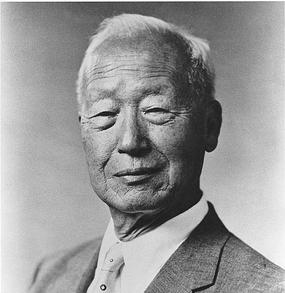