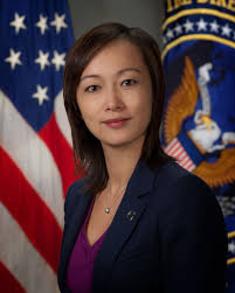 ​Sue Mi Terry - From 2001 to 2008, Dr. Terry served as a senior analyst on Korean issues at the U.S. Central Intelligence Agency (CIA). She is recognized as one of the world's top experts on Korea, reportedly focusing her studies and research on North Korea's nuclear strategy, as well as South Korea's politics, economics, and foreign and security policies.

Dr. Terry had also served as a senior research scholar at Columbia University's Weatherhead East Asian Institute from 2011 to 2015. Her various other prior positions include serving as a national intelligence fellow at the Council on Foreign Relations, deputy national intelligence officer for East Asia at the National Intelligence Council, and as director for Korea, Japan, and Oceanic Affairs at the National Security Council (which advises the U.S. President on national security and foreign policy matters).

Dr. Terry has frequently appeared on major news outlets such as CNN, NBC, MSNBC, and BBC as an expert on Korean affairs.

Dr. Terry received her Ph.D. from the Fletcher School of Law and Diplomacy at Tufts University in 2001 and her B.A. in Political Science from New York University in 1993.