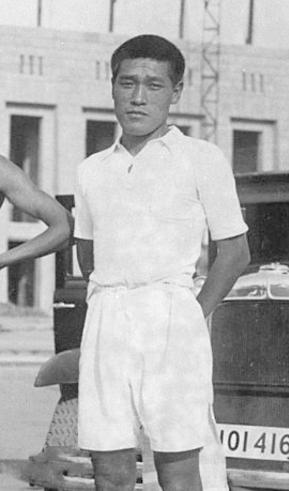 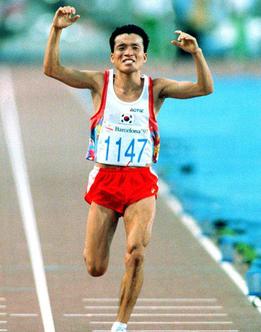 ​Sohn Kee-Chung (손기정; b. August 1912 – d. November 2002) - the first medal-winning Korean Olympian, he won the Gold Medal in the marathon at the 1936 Berlin Olympics as a member of the Japanese delegation due to Japan's colonization of Korea from 1910-1945 (see our subchapter on this topic from the Pivotal Historic Events chapter).

It has been reported that Sohn, who was forced to compete under his Japanized name Son Kitei, was ashamed to run for the Japanese Empire and did not acknowledge its anthem during his medal award ceremony. Despite efforts throughout history to correct Sohn's nationality in connection with his Gold Medal victory, it has been reported that the International Olympic Committee (IOC) has thus far not made this nationality change in its official records. He has been honored with the Korean Order of Civil Merit (국민훈장).

​Hwang Young-Cho (황영조; b. March 1970) - In the 1992 Barcelona Summer Olympics, Hwang won the Gold Medal for South Korea in the Men's Marathon (the only other Korean to do so other than Sohn Kee-Chung), edging out the silver medalist from Japan and the bronze medalist from Germany.