After receiving his medical degree from the University of Southern California in 1947, Dr. Lee also served in the U.S. Army Medical Corps in Korea from 1953-1955.

​In 2010, the Sammy Lee Square (at the corner of Olympic Boulevard and Normandie Avenue in Los Angeles' Koreatown) was named in his honor. 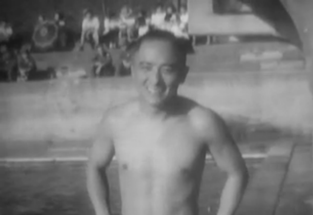