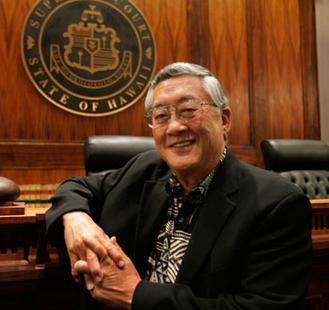 Ronald Moon (b. September 1940) - Judge Moon served in the Hawaii state judiciary for 28 years (starting in 1982), which included his last 17 years (1993-2010) as the Chief Justice of the Hawaii State Supreme Court. As such, Judge Moon is reportedly the first and the only Korean-American to become the chief justice of any state's supreme court (or highest court) in the United States.