Peter (Meong) Rhee (b. September 1961) - Dr. Rhee is a trauma surgeon and a 24-year veteran/Captain of the United States Navy. He served in both Iraq and Afghanistan, receiving various service awards, including the Defense Meritorious Service Medal and the Navy Commendation Medal.

​Dr. Rhee has authored or co-authored numerous articles and three books, including his life memoir, "TRAUMA RED: The Making of a Surgeon in War and in America's Cities," which captures his life story beginning with his upbringing in South Korea. 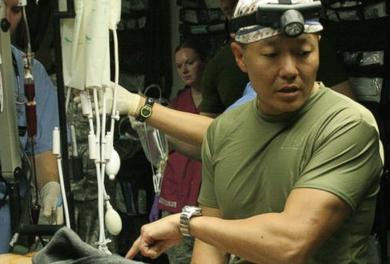