​Patrick Chun (b. circa 1974) -  in January 2018 (at the age of 43), Chun became the Athletic Director at Washington State University, the first Asian-American athletic director of a college/university in the Power 5 (which includes Pac-12, Big Ten, ACC, SEC, and the Big-12). Previously, he served as the athletic director at Florida Atlantic University, and he also performed numerous roles within the Ohio State University's athletic department for 15 years. 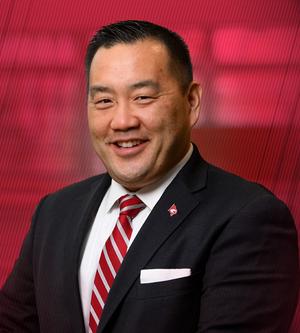