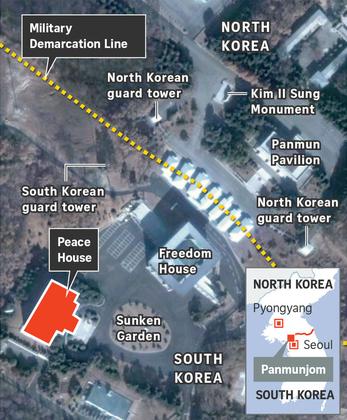 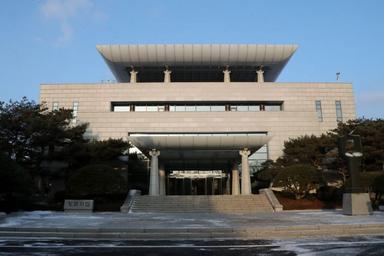 ​Pan-Mun-Jom (판문점) - within the Korean Demilitarized Zone (DMZ) along the 38th parallel north is the village of Pan-Mun-Jom, the home of the Joint Security Area (JSA) as established by the 1953 Korean Armistice Agreement which brought about a cease-fire (not the end) of the Korean War.

​Pan-Mun-Jom is administered by the United Nations, and neither North nor South Korea has jurisdiction over it - hence, it is also referred to as a No-Man's Land.