​
​First on the list of the National Treasures is the previously-noted Nam-Dae-Mun (the South Great Gate) from our Eight Gates of Seoul Subchapter. Pictured herein is the Won-Gak-Sa Pagoda (built in 1467 and currently displayed in the center of Seoul), which is second on this list.

​For more information on the National Treasures of South Korea, please refer to the following weblink: https://en.wikipedia.org/wiki/National_Treasure_(South_Korea) 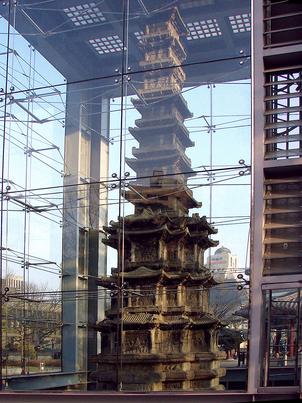