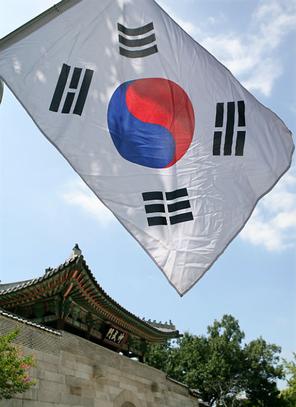 On this day, the Korean Peninsula gained its independence from Japanese occupation, and August 15 is still celebrated in both South and North Korea as one of the key national/public holidays.  In South Korea, the National Liberation Day is called Gwang-Bok-Jeol (광복절 - which reportedly literally translates to "the day of restoration of light").  In North Korea, this holiday is called Cho-Guk-Hae-Bangŭi-Nal (조국해방의 날 - literally Liberation of the Fatherland Day).

Korea's liberation on August 15, 1945 occurred on the same day as Japan's surrender to the Allied Powers (Victory over Japan Day or V-J Day), which followed the United States' bombing of Hiroshima (August 6) and Nagasaki (August 9), and the Soviet Union's declaration of war against Japan (August 9).

​It is noted that South Korea's/Republic of Korea's own independent government was established in 1948 but also on August 15.