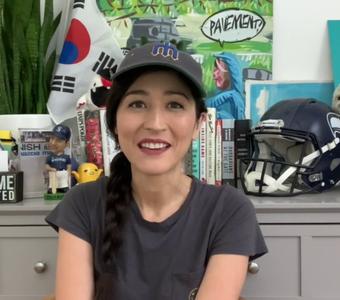 Mina Kimes (b. September 1985) - senior writer and columnist at the ESPN The Magazine (which she joined in 2014), Kimes hosts an NFL-focused podcast entitled The Mina Kimes Show featuring Lenny.

Kimes is also an NFL analyst on ESPN television’s NFL Live, and she serves as an active panelist on various ESPN shows.

Prior to her career at ESPN, Kimes also wrote for Fortune Magazine and Bloomberg News as a business and investigative reporter.

An English major graduate of Yale, Kimes’ mother is of Korean descent and her father was a former U.S. Air Force captain.