Source: The uploader on Wikimedia Commons received this from the author/copyright holder., CC BY-SA 3.0, https://commons.wikimedia.org/w/index.php?curid=2563979

​Meredith (Jung-En) Woo ​​(우정은; ​b. 1958) - a political science professor (specializing in international and comparative politics), she served as the Dean of the College and Graduate School of Arts & Sciences at University of Virginia from 2008 to 2014. Previously, she also taught at University of Michigan (as Professor of Political Science and Korea Foundation Professor of Korean Studies), as well as at Northwestern University, Colgate University, and Columbia University. In 1996, Professor Woo was also appointed by President Bill Clinton to serve on the Presidential Commission on the U.S.-Pacific Trade and Investment Policy.

​She currently serves as the Director of the International Higher Education Support Program at the Open Society Foundations (an international grant-making organization which aims at advancing justice, education, public health and independent media).

Professor Woo, who was born and raised in Seoul, Korea, came to the U.S. in 1976 to attend Bowdoin College (in Maine), and she later earned her Ph.D. in political science from Columbia University. 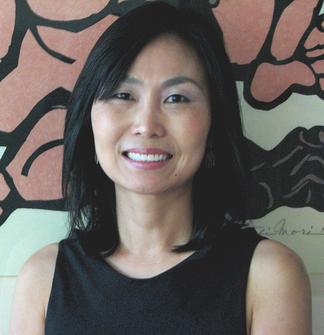