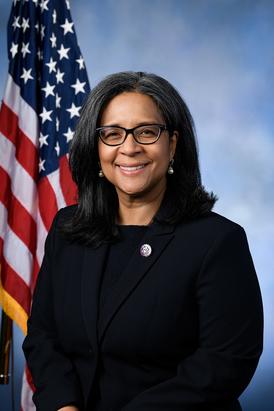 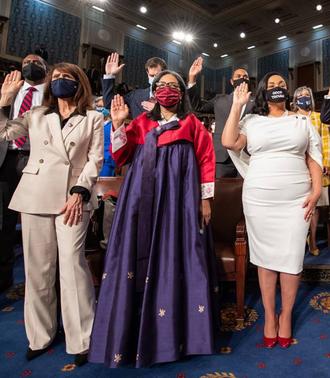 Marilyn Strickland (순자; b. September 1962) - born in Seoul, South Korea, to a Korean mother and an African-American father, Strickland became one of the first Korean-American U.S. Congresswoman (and the first Black representative from Washington), joining the U.S. House of Representatives' Class of 2021. Her family reportedly moved in 1967 to Tacoma, Washington (near her father’s new assignment at the then U.S. Army’s Fort Lewis), and she ultimately served as the Mayor of Tacoma (Washington’s third largest city) from 2010 to 2018.

Representing the Washington’s 10th U.S. congressional district, which includes parts of Tacoma, Strickland is a member of the New Democrat Coalition caucus. She also very notably attended the swearing-in ceremony for the 117th United States Congress (2021 to 2023) wearing the traditional Korean dress (Hanbok, which literally translates to “Korean clothing”), the first instance of its kind, as she wished to honor her history and her mother, as well as to send a message of inclusiveness in response to the surge of anti-Asian hate and violence during the COVID-19 pandemic.