The original uploader was Hajor at English Wikipedia - Transferred from en.wikipedia to Commons by Quadell using CommonsHelper., CC BY 3.0 br, https://commons.wikimedia.org/w/index.php?curid=6419401 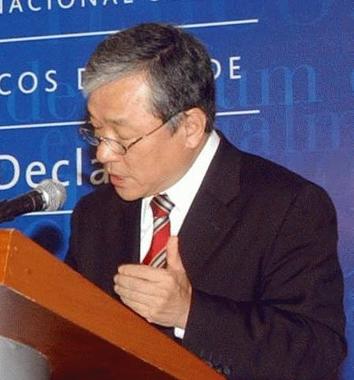 ​Lee Jong-Wook (이종욱​; b. April 1945 – May 2006) - as the director-general of the World Health Organization (WHO) from 2003 to 2006, Dr. Lee was the first Korean to lead this international health agency. During his 20-plus years with the WHO, his key projects focused on addressing leprosy, tuberculosis and vaccination of children. Unfortunately, in 2006, while still serving as WHO's leader, he died due to health reasons.