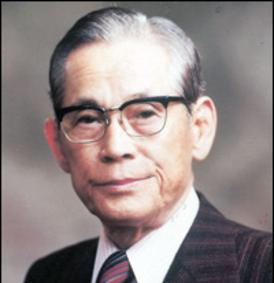 ​​Samsung - a multinational, multi-business conglomerate (known in Korea as chaebol (재벌)), the Samsung conglomerate/chaebol currently ranks as the largest in South Korea.  These conglomerates/chaebols are family-owned and controlled, and their businesses and industries are wide-ranging and far-reaching in terms of their international scope.  Despite many criticisms regarding the chaebols, they nevertheless have served as the main engines of industrialization and economic growth following the Korean War.

The Samsung chaebol is reported as being found in 1938 by Lee Byung-Chul (이병철), who only started out with a trading company.  Over its history, Samsung then expanded into various other industries, including textiles, food processing, insurance, shipbuilding and construction.  In the late 1960s, it then entered the electronics industry, for which it is now probably best known world-wide, and the chairman of Samsung Electronics (and its Samsung Telecommunications division) is one of Lee Byung-Chul’s sons.