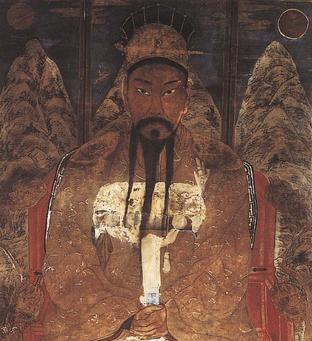 ​King Dan-Gun (단군왕검; circa 2333 BCE) - considered to be the first King of Korea, the legend of King Dan-Gun is that he founded the GoJoseon/GoChosun Dynasty (the ancient or the original Joseon/Chosun Dynasty), the first Korean kingdom, back in 2333 BCE.

​The legendary tale of his birth is that his father (Hwan-Ung (환웅)), the son of the "Lord of Heaven," descended from heaven after receiving approval to live on Earth. Hwan-Ung then supposedly accepted as his wife the woman whom he transformed into a human being but was originally a bear.