​Kim Yun-A (김연아;​ b. September 1990) - often referred to as "Queen Yuna," she is the 2010 Vancouver Winter Olympics Gold Medal Champion, and the 2014 Sochi Winter Olympics Silver Medalist, in the Winter Olympics' marquee event of figure skating. She is the first ever Korean to accomplish these feats, and her dominance in her sport is also evidenced by the fact that she was also the two-time World Champion (2009 Los Angeles and 2013 London). 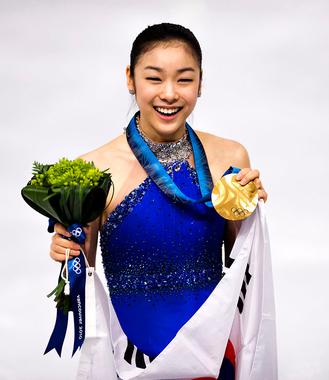