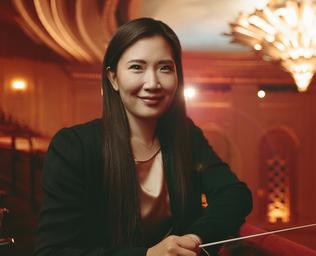 Kim Eun-Sun (김은선; b. 1980) - currently the principal guest conductor with the Houston Grand Opera for the 2019-2020 season, in December 2019, Kim was appointed as the next music director for the San Francisco Opera (effective August 2021). She is reportedly the first female ever to be appointed to lead a top-tier North-American opera company.

Kim was formerly trained in music composition at Yonsei University and was the first prize winner in the 2008 Lopez Cobos International Opera Conductors Competition (held at the Teatro Real in Madrid, Spain, which earned her a two-year contract as the Assistant Conductor of the Madrid Symphony Orchestra).