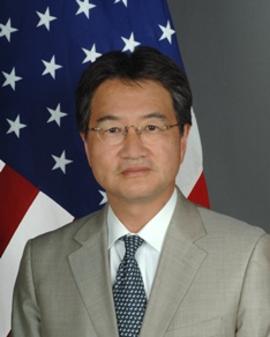 Joseph Yun (b. 1954) - since October 2016, Mr. Yun has served as the U.S. Special Representative for North Korea Policy, while also serving as the Deputy Assistant Secretary for Korea and Japan in the U.S. Department of State. As such, he is responsible for all coordination and implementation of U.S. policy toward North Korea, especially with regard to nuclear weapons policy.

Mr. Yun joined the U.S. Foreign Service in 1985, and he has served in numerous positions related to Asian affairs, which included serving as the U.S. Ambassador to Malaysia from 2013 to 2016 after being nominated by President Barack Obama and confirmed by the U.S. Senate.