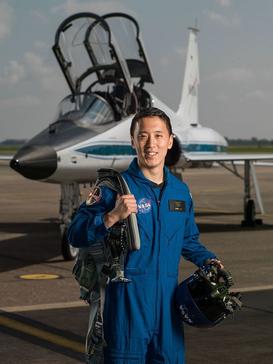 Jonathan "Jonny" (Yong) Kim (b. Feb. 1984) - the Harvard Medical School-educated Dr. Kim is also a Navy SEAL and a NASA astronaut. With the rank of a Lieutenant with the U.S. Navy, he has reportedly served as a combat medical doctor and sniper on more than 100 missions to the Middle East, and he has earned a Silver Star and a Bronze Star, among many other naval commendations. In 2017, Dr. Kim was also selected as a member of NASA Astronaut Group 22.