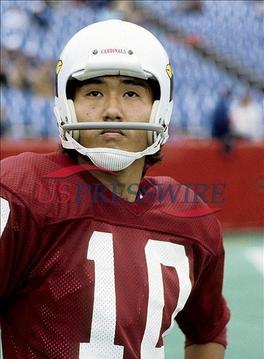 ​John Lee (이민종; b. May 1964) - the first Korean-American (and East Asian native) to play in the NFL, he was a placekicker drafted in the second-round (out of UCLA) in the 1986 NFL Draft by the St. Louis Cardinals. He played for only one NFL season with the Cardinals.

At UCLA, Lee was a two-time All-American, and he was inducted into the UCLA Athletics Hall of Fame in 2001.