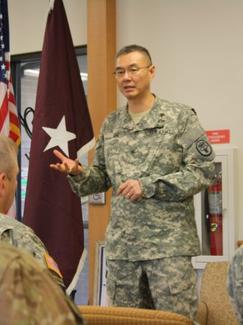 ​General Cho is currently a senior executive partner at Gartner, a leading research and advisory company, and effective January 1, 2018, he will also begin serving as the executive director of​ AMSUS (Association of Military Surgeons of the United States).