​Jeong Yak-Yong (정약용​; b. August 1762 - d. April 1836) (also known by his pen-name: Dasan (다산)) - he is regarded as one of the greatest thinkers of the Joseon/Chosun dynasty (also serving in the royal court), who wrote numerous influential books on various topics including philosophy, law, government/political theory, science and socio-economic issues.

His greatest written work, Mokminsimseo (목민심서​; The Mind of Governing the People), proposed guidelines for local government officials to how to best govern their people and address crucial issues such as poverty. 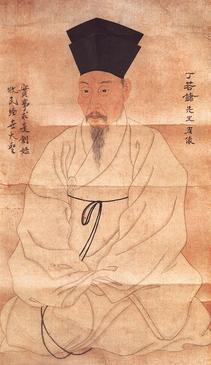