​Mr. Kim, who had a difficult childhood and reportedly left home during his high school years, received a scholarship to Johns Hopkins University, where he majored in electrical engineering and computer science. It is also reported that after graduating from Johns Hopkins, he joined the U.S. Navy, where he served as a nuclear submarine officer from 1982 to 1989 (reaching the rank of Lieutenant Commander), in order to show his gratitude to his adopted country. Later, he also earned his Ph.D. from the University of Maryland in reliability engineering.

​Mr. Kim has also served on the Boards of the Johns Hopkins University, Georgetown University, and the University of Maryland. 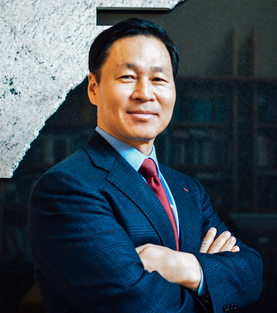