Howard (Kyong-Ju) Koh (고경주​; b. March 1952) - currently Professor of the Practice of Public Health at Harvard's School of Public Health and Harvard's Kennedy School of Government, Dr. Koh also serves as the Co-Chair of the Harvard Advanced Leadership Initiative. From 2009 to 2014, he served as the 14th Assistant Secretary for Health for the U.S. Department of Health and Human Services (HHS), after being nominated by President Barack Obama and being confirmed by the U.S Senate. Previously, from 1997 to 2003, Dr. Koh served as the Commissioner of Public Health for the Commonwealth of Massachusetts when he was appointed by Governor William Weld.

​During his career, Dr. Koh has earned numerous awards and honors, including the Dr. Martin Luther King Jr. Legacy Award for National Service, the Distinguished Service Award from the American Cancer Society, and was also appointed by President Bill Clinton as a member of the National Cancer Advisory Board (2000-2002).

​It is noted that Dr. Koh is the older brother of Harold (Hong-Ju) Koh, who is also included in our Korean-Americans Chapter. 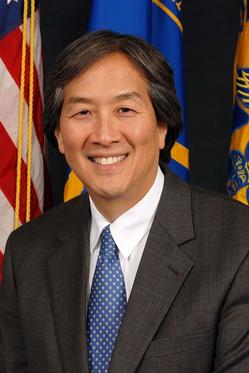