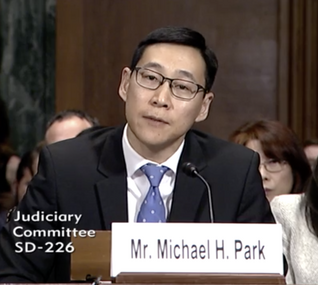 Hon. Michael (Hun) Park (b. April 1976) - in May 2019, Judge Park was confirmed by the U.S. Senate to sit on the highly influential U.S. Court of Appeals for the Second Circuit (which covers New York), making him only the second Korean-American federal appeals court judge.

Previously, Judge Park had served as a law clerk to Supreme Court Justice Samuel Alito, and he also worked in the U.S. Department of Justice's Office of Legal Counsel and in private practice. ​