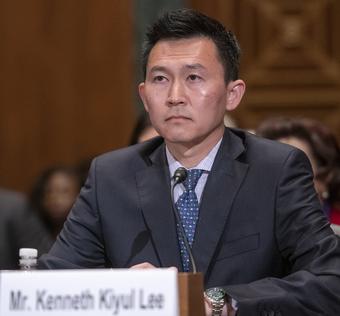 Kenneth (Ki-Yul) Lee (b. August 1975) - in May 2019, Judge Lee was confirmed by the U.S. Senate to sit on the highly influential U.S. Court of Appeals for the Ninth Circuit (which covers California), making him only the third Korean-American federal appeals court judge.

Previously, Judge Lee had served as a law clerk in the U.S. Court of Appeals for the Fifth Circuit, an Associate White House Counsel to President George W. Bush, special counsel on the U.S. Senate Judiciary Committee, and in private practice.