Hines Ward (b. March 1976) - born in Seoul, South Korea, to a Korean mother and an African-American father, Ward was a 4-time NFL Pro Bowl wide receiver from 2001 to 2004 during his prolific 14-year career with the Pittsburgh Steelers (1998 to 2012). Ward was on two Super Bowl Champion teams (Super Bowls XL and XLIII for the 2005 and 2008 NFL seasons, respectively), and he was the MVP of Super Bowl XL.  Ward also remains as the Steelers’ all-time leader in receptions, as well as receiving yards and touchdowns.  As a wide receiver at the University of Georgia, Ward was also selected to the All-SEC First-Team in 1997.

In addition to his various media and entrepreneurial pursuits following his NFL career, Ward also became an advocate for mixed-race Korean youth facing discrimination in South Korea, which included his creation of the Hines Ward Helping Hands Foundation for such purpose. Within the U.S., his foundation helps underprivileged and inner-city youth.
​ 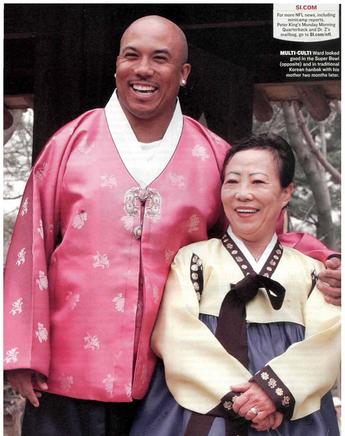 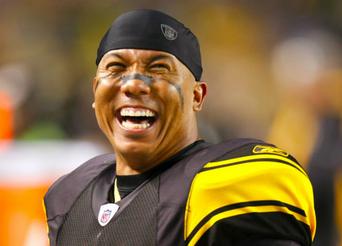