​Harold (Hong-Ju) Koh (고홍주; b. December 1954) - an American lawyer and legal scholar, he is currently the Sterling Professor of International Law at Yale Law School. Among his many prior significant positions/roles are the following: 1) Legal Adviser to the U.S. State Department from 2009 to 2013 (nominated by President Barack Obama); 2) Dean of Yale Law School from 2004 to 2009; and 3) Assistant Secretary of State for Democracy, Human Rights, and Labor from 1998 to 2001 (nominated by President Bill Clinton).

​It is noted that we have also included Dr. Koh, Mr. Koh's older brother, to the Korean-Americans Chapter. 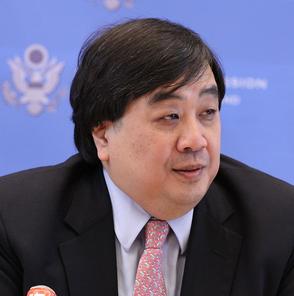