​Hyun Choi "Hank" Conger (최현; b. January 1988) - the only Korean-American baseball player to be drafted in the first round in the Major League Baseball (MLB) history (the 2006 MLB Draft), he was the 25th overall pick of the Los Angeles Angels of Anaheim. As a catcher, he has played in the MLB since 2010 with the Angels, Houston Astros and Tampa Bay Rays (his current team).

NOTE: Hank's father was adopted from Korea by the Conger family, and hence Hank has kept the Conger surname. 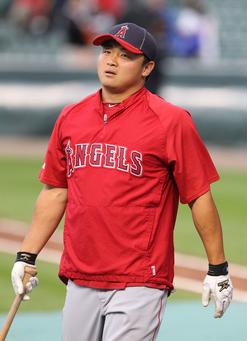