It is noted that the first Korean to win at the Boston Marathon was Suh Yoon-Bok (서윤복) in 1947, who was also coached by Olympic Champion Sohn, and the last and only other Korean Boston Marathon winner is Lee Bong-Ju (이봉주) in 2001 (with Lee also winning the Olympic silver medal at the 1996 Atlanta Olympic Games). 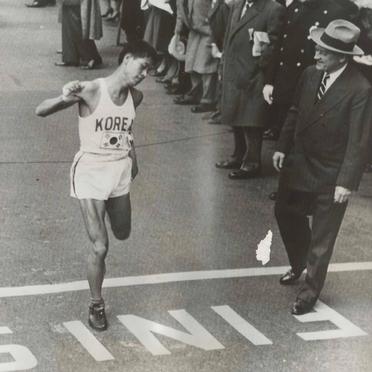