Hall of Worthies (Jip-Hyeon-Jeon; 집현전) - created in 1420 by King Sejong the Great during Korea's Joseon/Chosun Dynasty, the Hall of Worthies was the royal academic research institute composed of Korea's foremost scholars responsible for conducting a variety of research in order to carry out King Sejong's vision to improve and strengthen Korea.

In light of the accomplishments of the Hall, King Sejong's reign is credited with great advances in terms of inventions, science, agriculture, medicine, social and political reforms, as well as its greatest milestone, the creation of Hangul (the Korean alphabet), one of only six pure alphabets ever created in the history of the world. ​​​​​ 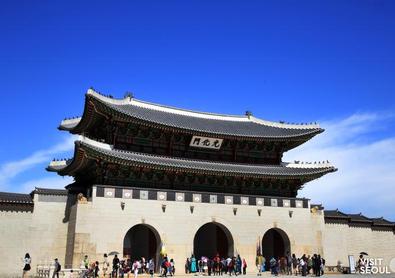 ​Pictured above is Gwang-Hwa-Mun (광화문), the main and largest gate of the Gyeong-Bok-Gung (경복궁) in Seoul, the main royal palace complex of the Joseon/Chosun Dynasty.