Gideon Lee Yu (b. May 1971) - the current co-owner of the San Francisco 49ers of the National Football League (NFL), he also served as the 49ers President, reportedly making him the first minority president of a NFL team in the league's history. Prior to his involvement with the 49ers, he had also served as the chief financial officer (CFO) of both Facebook and YouTube. 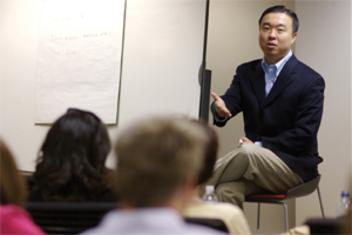