General Kim Yu-Shin (김유신; b. 595 - d. 673) - memorialized in Korean history as one of its greatest generals and the driving force behind the first unification of the Korean nation/peninsula, General Kim was the Silla general instrumental in the formation of the Unified/Later Silla Kingdom/Dynasty after conquering the Baekje and Goguryeo Kingdoms in the 7th Century. As the most famous of all the generals in the unification wars of the Three Kingdoms, he served as the Commander-in-Chief of the Silla Royal Army under his cousin, Queen Seondeok (the first Korean female sovereign ruler - see her entry within this chapter), and was also honored with the title of "Supreme Herald of Defense" by King Moon-Mu, the founding King of the Unified Silla Dynasty (also see his entry within this chapter). 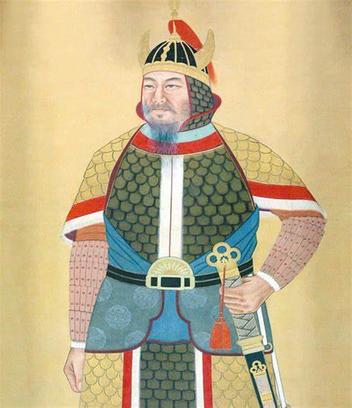