​Evan Scott (b. May 1992) - in his second full season as a full-time NBA referee, Scott is the only Korean-American refereeing official in the United States and its major professional sports leagues. Born in Taejon, South Korea, Scott reportedly came to the United States when he was four months old through an adoption process. 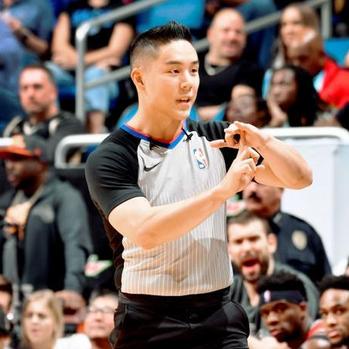