Dennis Hong (b. January 1971) - as professor of mechanical and aerospace engineering at UCLA, Professor Hong is also the founder of the RoMeLa (Robotics and Mechanisms Laboratory) at UCLA.

He is credited with creating DARwin (Dynamic Anthropomorphic Robot with Intelligence) and other robots and technologies to assist the physically challenged, as well as for various life saving and safety functions, such as at disaster sites and plugging radiation leaks at nuclear power plants. He was also the leader for team THORwin (named for THOR and DARwin, a joint team from UCLA and University of Pennsylvania), whose humanoid robot, THOR, won first place at the 2015 RoboCup, the annual robot soccer tournament. 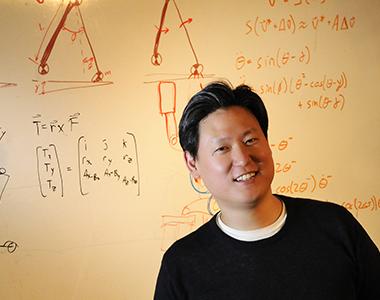