David Oh (DOB unknown) - NASA engineer and scientist at the Jet Propulsion Laboratory (JPL) in California (JPL is managed by Caltech for NASA), he was the Lead Flight Director for NASA's Mars Science Laboratory Rover called Curiosity. He is also reportedly involved with "Psyche: Journey to a Metal World," a proposed space mission using electric propulsion to explore the largest metal asteroid in the solar system.

​He received his Sc.D. (Doctor of Science, awarded to recognize substantial contribution to science beyond that required for a Ph.D. degree) in Aeronautics and Astronautics from MIT in 1997. 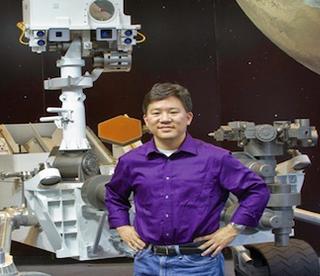