​He also has his show, Ugly Delicious, which premiered on Netflix in February 2018. 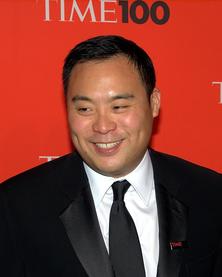