Hyundai - the Hyundai conglomerate/chaebol currently ranks as the second largest in South Korea behind the Samsung chaebol.

The Hyundai chaebol is reported as being found in 1947 by Chung Ju-Yung (정주영), who started out in the construction industry.  Over the following decades, Hyundai expanded into various other industries, including shipbuilding, industrial plants, construction equipment, elevators, department stores, insurance and, of course, its most recognized name brand in the U.S., the Hyundai Motor Group. Hyundai Motors is the largest car maker in South Korea (and the fourth largest in the world), along with its subsidiary Kia Motors.  While all of these businesses do not now fall within the former Hyundai Group umbrella, Hyundai Motor Group’s chairman is still one of Chung Ju-Yung’s sons. 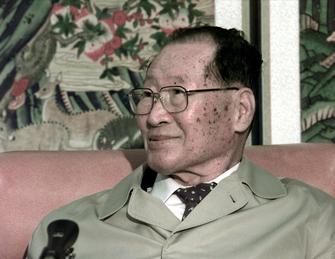