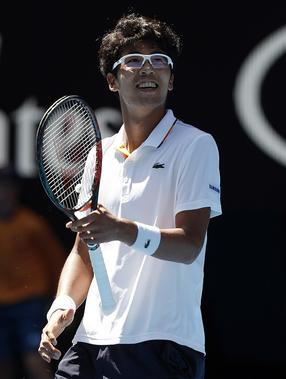 Chung Hyeon (정현; ​b. May 1996) - as of August 2018, ranked No. 23 in the world according to ATP (Association of Tennis Professionals) rankings, Chung is the highest-ranked tennis player in Korean history. He was the 2017 Next Gen Finals Champion, and he reached the 2018 Australian Open semi-finals and faced Roger Federer (Chung ultimately withdrew during the match due to foot injury). Accordingly, Chung is the only Korean to ever reach the semi-finals of a Grand Slam tournament, defeating Novak Djokovic on his journey to the semi-finals.